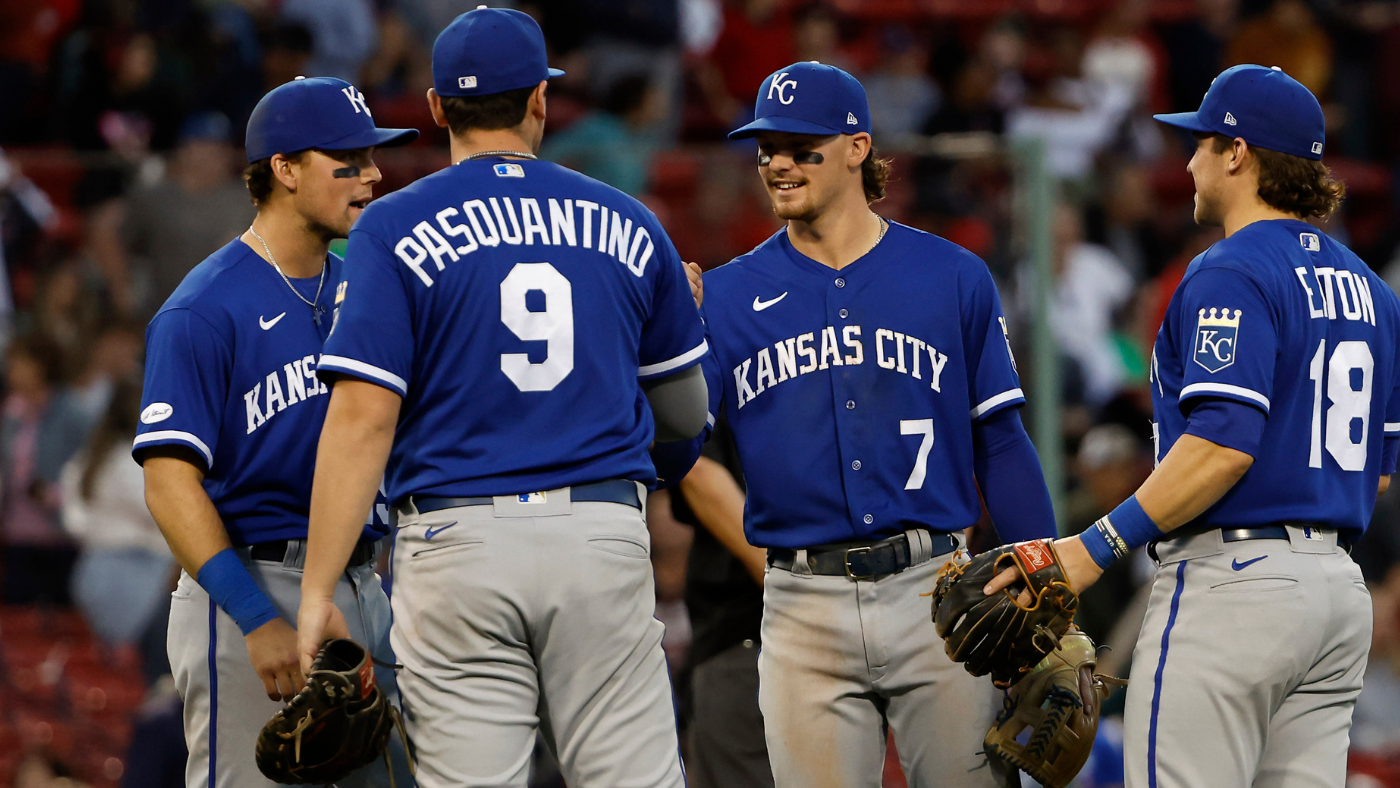 The Kansas City Royals fired Dayton Moore, president of baseball operations, on Wednesday, ending his 16-year tenure with the organization. The Royals peaked under Moore when they posted four consecutive .500 or better seasons from 2013-16, which included back-to-back American League pennants and the 2015 World Series. Moore later proved unable to lead the Royals through another lengthy rebuild, and his departure threatened a 95-loss season with the Royals (currently 60-89).

“Dayton resurrected this franchise,” said owner John Sherman“It wasn’t in a good place. He rebuilt the farm system, player development, international business. He rebuilt the team, which culminated in the American League pennants and a World Series championship in 2015.”

At least for now, Moore will be succeeded as the Royals’ top baseball operations executive by another Kansas City mainstay in JJ Piccolo. Rival front offices have already speculated to CBS Sports that Sherman and the Royals could hire an executive from outside the organization in the coming months as a way to add fresh eyes to the operation. If that assumption turns out to be true, Sherman could poach someone from the Cleveland Guardians front office. (Sherman was a minority owner of the Guardians before buying the Royals.)

Whether the Royals rely on Piccolo’s wits and wisdom or someone else to lead them back into contention, this is an opportune time to check out what the company has to offer. Below, CBS Sports breaks down Kansas City’s big-league roster, farm structure and budget, and answers three key questions about the job and the situation going forward.

Do you want the good news or the bad news first?

The good news is that the Royals have promoted most of their top prospects to The Show this season, giving them a young, fresh lineup. Shortstop Bobby Witt Jr. and catcher/outfielder MJ. Melendez is first and second on Kansas City’s list in plate appearances, and the grayskin of the two (Melendez) turns 24 in November. Four of the Royals’ top-10 plate appearances are in their 25th year or younger. If you stretch it to the top-15, that number increases to six.

Those six youngsters mostly held their own this year as well. Witt, Melendez and infielder Michael Massey each sport an OPS+ north of 100. First baseman/designated hitter Vinnie Pasquantino, meanwhile, has shown off both power and contact chops, churning out a 123 OPS+. Outfielder Kyle Isbell and first baseman Nick Pratto were the only two who struggled outright.

The bad news is that the series couldn’t overcome a terrible cycle. Hats off to Brady Singer, who reinvented himself after the early season, as he’s been a bright side for this team outside of Zack Greinke’s reunion tour. In fact, the Royals have given up seven pitchers this season with at least five starts, and Singer and Greinke are the only two pitchers whose ERA+ has dropped to 95…or 90…or 87…or 85…or 81 by whatever number. (Jonathan Heasley entered Wednesday with an 80 ERA+.)

There’s one fun fact that helps explain why the Royals are where they are in this category: They’ve drafted 10 pitchers in the first round since 2014; Singer, one of those 10, is both still with the company and on a positive trajectory. Whose problem is sussing out if it’s the scouting department or the development staff? All we can say is that it’s a waste of time and draft capital.

If you’re Picollo (or Mystery Executive X), you need to focus on the positives. That highlights how Witt, Melendez, and Pasquantino feel like potential cornerstones; How Salvador Perez Overcame a Tough May; And how Singer has proven that the Royals are literally incapable of raising an arm. Now, if they could repeat that process four more times, they might have something here.

As mentioned above, the Royals have had most of their top youngsters graduate to the majors throughout this season. All that upstream movement has left the Royals with an understandably thin farm system.

Outfielder Gavin Cross, the ninth pick in July’s draft, is the best name to know here. He projects to become an above-average hitter after improving his strikeout, walk and power numbers at Virginia Tech last spring. He has performed better in center field for the Hokies than most scouts expected, and the Royals have continued to play him so far. Gross doesn’t have much flash in his game, but he’s still a defensive top-10 pick and should mature into a starting capable outfielder.

The Royals stumbled with other recent top picks. Lefty pitchers Asa Lacy (No. 4 in 2020) and Frank Mozzicato (No. 7 in 2021) haven’t progressed as well as expected. Lacy dealt with adversity after limiting him to 28 innings this season. He walked more batters than he struck out when he was on the mound (42 vs. 35), suggesting he was far from using his arsenal. Mozzicato, who enjoyed more helium than anyone in 2021, struggled with his command in 19 starts. He averaged seven walks per nine innings.

The Royals added several prospects in midseason trades, including outfielder Drew Waters and pitchers Andrew Hoffman, DJ Sikkema and Beck Way. Waters was a well-known prospect, but he lost his luster in recent years due to strikeout issues. We could go on and on, but you can get the point now.

This should come as no surprise given their reputation as a small-market franchise, but the Royals have one of the lowest payrolls in the majors. They are 23rd in spending. According to SpotrakThat puts them just ahead of other hyper-budget-conscious clubs like the Tampa Bay Rays, Miami Marlins and Guardians.

Predictably, the Royals have no long-term financial commitments. The largest belongs to Salvador Perez, who is due more than $20 million annually through the 2025 campaign. Hunter Dozier and Michael A. Taylor is the only other Royals with guaranteed contracts, and they will receive around $12 million in 2023.

The Royals have arbitration-eligible players whose gifts will dictate the shape of their final paycheck. At the same time, it wouldn’t surprise anyone if Piccolo (or a new higher-up) frees up additional funds by cutting ties with the likes of Adalberto Mondesi, Luke Weaver, Amir Garrett and possibly Brad Keller.

Even if the Royals fit this year’s Opening Day payroll ($94 million), they should have enough room to make moderate additions if they want to.

1. Will there be a big change?
It’s fair to wonder if more changes will follow whenever an owner removes Moore’s status and service time. Even if Sherman sticks with Piccolo as his top baseball executive, that doesn’t mean he’ll agree to keep the entire front office or coaching staff. That would seem like an obvious winning point for manager Mike Matheny. The Royals exercised his club option for next season back in March, but it didn’t make sense to bring him back to serve in a lame-duck capacity.

2. Can pitch growth be saved?
The answer to this question is not known from the outside. The Royals’ inability to turn those high-round pitchers into meaningful big league contributors is concerning, however, and should be addressed. On a related note….

3. How much will Sherman spend?
Usually, this question is asked in relation to big league salaries. That’s part of it, no doubt, but there are other aspects that cost a company. Take the developmental struggles of Royals players. If they’re lagging behind Kansas City in technology and analytical prowess, they’re better off paying Sherman whatever it costs to help them get closer to the bleeding edge. He should have known from his time around Guardians that these things often paid for themselves.

Tony La Russa will not return as manager of the Chicago White Sox this season, the team says

The Argentine government is involved in a World Cup sticker shortage