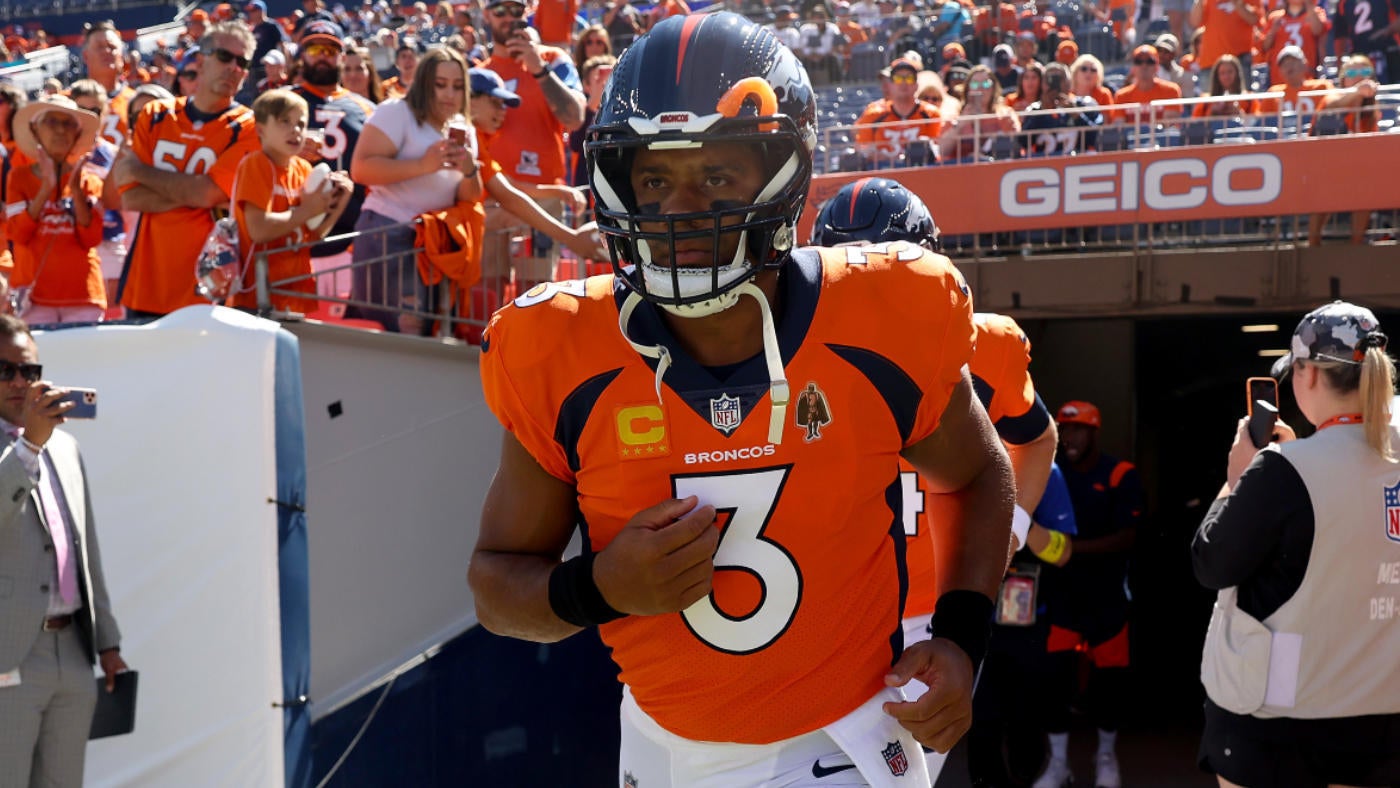 Expectations were high for the Denver Broncos coming into this season. After acquiring Russell Wilson via trade and hiring former Packers offensive coordinator Nathaniel Hackett as their new head coach, the Broncos looked like they could make things interesting in football’s best division, the AFC West. Maybe they won’t finish ahead of the Chiefs or Chargers, but they’ll at least make them sweat and have one of the league’s most electric offenses because of all the talent on hand.

Two weeks in, things are off to a rocky start. The Broncos lost their season opener in embarrassing fashion to the Seahawks. They trailed the Texans for much of last week’s game before finally getting it together in the fourth quarter (Wilson looked terrible along the way). They have scored only 32 points in those two matches combined.

But are things really as bad as the surface level results suggest? Ahead of the San Francisco 49ers’ Week 3 “Sunday Night Football” date, let’s break down what went right, what went wrong and what went terribly wrong — especially for the offense. With high hopes — in the first two weeks of Denver’s new era.

The Broncos have actually had pretty decent offensive production overall. They averaged 6.07 yards per play, seventh in the NFL. They averaged 41.2 yards per drive, tied for third in the league. Their EPA-per-play average is 10th-best in football. They’ve taken just 31.6 percent of their drives, the sixth-lowest rate in the league; And they’ve gone three-and-out 15.8 percent of the time, third-fewest in the NFL. They…didn’t finish these drives with enough points. Still. (More on that below.)

Javonte Williams is every bit as good as advertised. He averaged 5.4 yards per carry through the first two games of the season, and 3.86 per carry after contact — 10th-best among 52 qualified ball carriers, according to TrueMedia. He averaged 6.8 yards per carry on first downs and 4.5 carries against eight-man boxes. Only two of his 22 carries have gone for negative yardage, while 10 have gone for five or more yards (45.5 percent, league average 37.4 percent) and three have gained at least 15 (13.6 percent, league average 8.5 percent). Caught 12 of 16 passes for 75 yards through the air.

On late downs, Wilson was electric: 16 of 22 for 280 yards and a third- and fourth-down touchdown, the fourth-best EPA per dropback among eligible quarterbacks. Against the blitz, he ranked fourth in the EPA per dropback, completing 9 of 15 passes for 136 yards and a score.

We need to talk about the red zone/goal line stuff. The Broncos are a woeful 0-for-5 in converting goal-to-go situations into touchdowns. Both Williams and Melvin Gordon fumbled in Week 1, giving up potential touchdowns. Denver made field goals of 26, 20, and 24 yards. That’s nine points on five goal-to-go opportunities. All these are unacceptable.

The early-down passing attack was abysmal, with Wilson completing just 27 of 51 passes for 279 yards, one touchdown, and an interception on first and second down. He ranks 23rd in the EPA for a dropback among 34 qualified quarterbacks. On plays he wasn’t blitzed, he went off target on 15.5 percent of his throws, 3 percentage points above the league average. Even worse, pass catchers weren’t really getting open: According to NFL.com’s Next Gen stats, Wilson had to throw 23.3 percent of his throws in tight windows — the second-highest rate in the NFL.

Injuries have been an issue, with Tim Patrick tearing his ACL in the preseason, rookie tight end Greg Dulcich starting the year on injured reserve, KJ Hamler missing Week 2 (apparently as part of his injury recovery but who knows), and Jerry Judy suffering. Chest/shoulder injury against the Texans. Tyrie Cleveland and Kendall Hinton played a lot of snaps against Houston due to injuries. Oh, and Albert Okwukbunam laid a goose egg last week after his worst season, which has been less than ideal.

Coaching (Hackett) and Game Management (Hackett and Wilson) have been an absolute disaster so far. If there’s one or two mistakes, that’s it. But it’s already like an avalanche.

Let’s start with Russ. As you can see from the video on the Seahawks’ official YouTube page, Wilson uses the same hand signals he did in Seattle to let the Broncos’ Week 1 opponent know what routes are coming and when. It’s… not that big.

The Broncos are incredibly undisciplined, which must fall at least in part on Hackett. In Week 1, they had 12 penalties for 106 yards. In Week 2, 13 penalties for another 100 yards.

They weren’t prepared to handle too many situations and took too many late-game penalties, causing their home crowd to start counting down the game clock simultaneously during their Week 2 game. Disaster struck at the end of the game against Seattle, where the Broncos let the play clock run down 40 seconds on fourth-and-5 and then tried to kick a 64-yard field goal without letting Wilson try to pick it up. Get down first and make things easy. Last week, they took too long to decide whether or not to kick a 53-yard field goal against the Texans, eventually taking a delay penalty. Instead of attempting a 58-yard kick, they opted for the punt. (That came after they tried to run it on third-and-short with fullback Andrew Beck.) Punt Return The team had no punt returner on the field, so they had to burn a timeout.

I feel tired listing those things and I’m still sure I’m forgetting some things. It got so bad. If that doesn’t improve, and quickly, the things the Broncos do well elsewhere on the field won’t matter nearly as much.